Over the last decade, I’ve published two books and a number of peer-reviewed articles.

Read about my books on my Amazon author page. 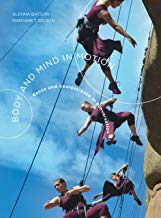 Body and Mind in Motion: Dance and Neuroscience in Conversation, with contribution by Dr. Margaret Wilson. University of Chicago Press 2014.

My articles cover an array of personal scholarship and interest.

This article was shortlisted for a Frontiers Special Topics award in 2017. The trailer video of the research received honorable mention at the Parkinson’s World Congress 2013,  Glenna Batson, Coming Together – Dance Improvisation and Parkinson’s Disease (Thanks to Hristov and the team at the Center for Design Innovation, Winston-Salem, NC).

Batson G: The Somatic practice of intentional rest in dance education – Preliminary steps towards a method of study. Journal of Dance and Somatic Practices, 2010