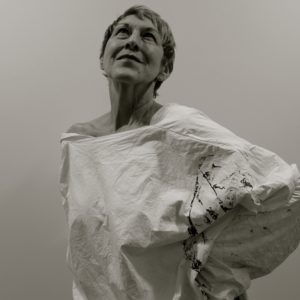 I have always loved to dance. My earliest memories of childhood are of me galloping wildly around the living room, jumping over imaginary hurtles, oblivious to the poop in my pants. I was born in 1948, four years after mother opened her Modern School of Dance Education in Washington, DC. Mother had spent her early career dancing with Ruth St. Denis and Hanya Holm, two pioneering women of the modern dance movement. I learned that she performed three days after I was born. She danced to be, to live, to survive. To paraphrase Emily Dickinson, my mother ‘could not stop for death,’ and when ‘it kindly stopped’ for her, it was clear that she had lived and died ‘for beauty.’

The pace within our family home was constantly shifting, my mother spinning nearly out of control trying to keep career and family together. The chaotic scene was a theater of costumes, tacky vases with plastic flowers, performance memorabilia or mirrors adorning every wall, and the airwaves punctuated with the sound of exotic music of the Far East on scratchy 78 rpms.  As one of my high school friends described it all: ‘your house is like an upper class bordello!”

Gradually, that early, ready impulse of childhood abandon, disappeared. By the time I  reached adolescence, I was riddled with postural tensions stemming from self-consciousness, nuclear family dynamics common to white working class Americans, the cultural conformity of the 1950’s – 1960’s, and the editing that came from the styles of dance education of the time.

I tabled dance for quite a few years.

For the next four decades, a carved out a career that crossed a number of disciplines – dance, Somatics, science, and rehabilitation. No small feat in a time when the academic pathway was stanchly uni-directional. But, things changed as the end of the twentieth century took a corporeal turn.  As Western culture became fixated on the Self, the body-as-resource assumed center stage.  Embodiment studies became the idea fixee of the 1990’s.  By the turn of the twenty-first century, interdisciplinarity – or rather, trans-disciplinarity – became vogue.  The best part of this movement was the unleashing of dance into the social arena, freed from the strictures of studio and stage. Everyone was ‘invited’ to dance, but more, the
dance now followed the lead of the public in this duet. 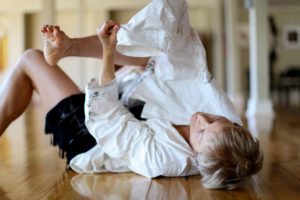 Dance revolutionized itself within the academy. What was once a study narrowly defined within performing arts, dance now partnered with science, ecology, anthropology, and community, serving multiple purposes and populations, changing society’s perception of dance, movement, art, and freedom of expression.

For my own joy, I started to dance again…attending class, looking for mentors, and designing my own classes and workshops that combined my knowledge of Somatic movement arts.

During this time, I tried my hand at a number of community dance projects. I founded and directed Wellness Partners in the Arts(WPA) (2000-2004), a showcase for local work in the movement arts and modeled on 1930’s Works Progress Administration. As part of the during the Downtown Durham revival, WPA helped artists teach in the community and showcase work without high overhead.

I became interested in the dancing brain and its benefits for the elderly as well as others with health challenges. I designed pioneering research on dance for Parkinson’s (2008-2016), research that inspired other dancers, who have since joined this snowballing movement. Today, dance remains the muse of neuroscientists, who look to insights in brain function through artistic movement training. If we could invite the neuroscientists to dance with us in the studio, it would be clear that we are not studying aging, health, or even brain science at all. Rather, we are engaging actively in unity of body, mind, and spirit, moving in homage to the human continuum. 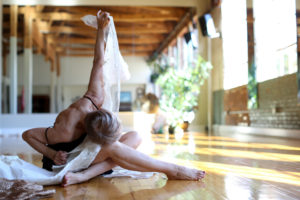 But rejoining the dance in my 60’s, I encountered a major identity problem: What to call myself? An aging dancer, a veteran dancer, a mature dancer, a seasoned dancer….? None of these monikers seemed to capture the scope of what it means to dance beyond youth. I finally resolved this by starting to write an evolving credo which I happily share with you. In essence, I am none of these monikers. I am Dancing while Aging. This is the title of my blog.

I realized that I continue to dance for the same reasons  that captured my body, mind and heart, over half a century ago: to sharpen my mental and physical acumen in polishing a phrase, to partner with memory in telling our life’s story, to practice distributed creativity in community with other dancers, and simply, to recognize that we are a living continuum of change. I continue to dance while aging. May my last breath be a dance.

To give dancing an even deeper context, I quote Kimerer La Mothe, dancer, philosopher, scholar of religion, playwright and farmer, from her book, Why We Dance, A Philosophy of Bodily Becoming:

“Movement is what is and has always been. Movement is the universe. The all. The One. The Many. Quivering, rippling, folding; giving rise to a swell, an arc, a difference, a dance. Movement is creating, becoming, relating. Movement stirs in every story of how it all begins, whether the tale is religious or scientific, political or mythic… The potentials for movement that we are, represent movements made and remembered by myriad creations since the beginning we assume began….We are, in every strength and skill we call ‘ours,’ equally amoeba, fish, amphibian, and mammal; we are potentials for moving in relation to other creatures and concrescences that have been recreated in us, as us, from a time far before we are born.” (Kimerer LaMothe, 2015: 29-30)